The focus for our first IRTG retreat was on bonding as a group; the scientific and non-scientific programs were planned with this in mind.

60 sec Pitch-Slams (also called "Elevator Slam"): For the retreat kick-off, each person gave a 60 sec introduction to themselves and their work.

10 min Epigenetics Slams/sketches: The goal was to explain a given topic in a compact, instructive and entertaining fashion. This is done by breaking down complex ideas, not taking basics for granted and applying creative and even funny methods, which is educational for both the slammers and the audience. In groups of 4 or 5 sketches were concieved and performed. A DVD with videos of the sketches was made for all participants.

Summit Surge! Despite the pouring rain, we were led on a team-building summit surge to the nearby Riedberger Horn. 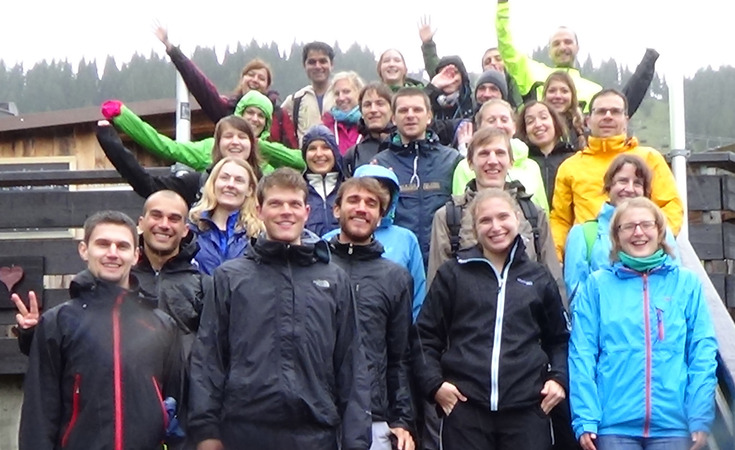